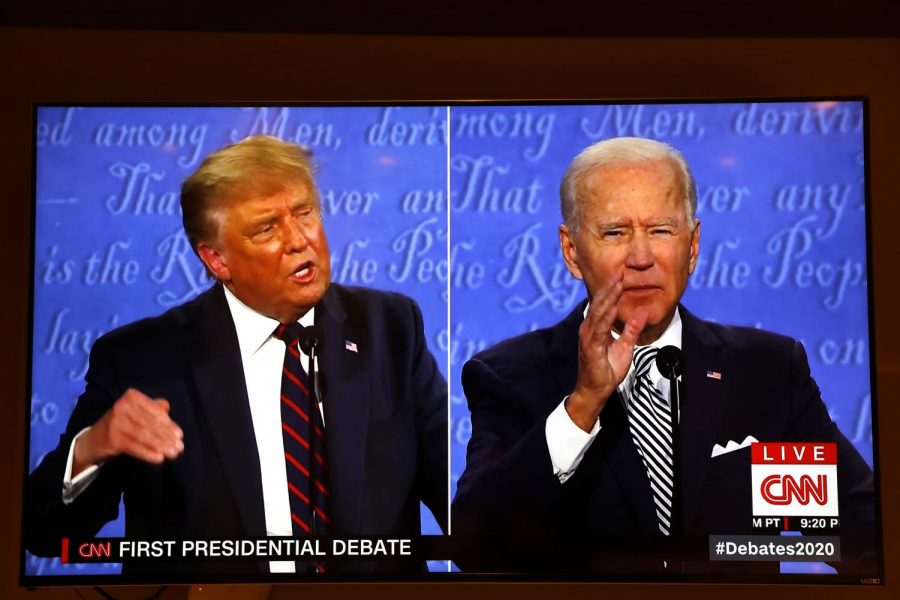 Opinion: Across the Board, First Presidential Debate Was Confusing, Off-Focused

Why Trump Lost More Than He Gained

The debate was a brawl and, as is the general consensus, an absolute trainwreck, with both candidates throwing not-so-subtle insults at each other. I think people from all political parties can agree that this debate was shocking, and surely one of the worst in recent history. The idea of respecting one’s opinion was thrown completely out that night, in an attempt for each candidate to discredit his opponent.

President Donald Trump could have easily won this debate. It’s no secret that Biden isn’t the greatest speaker of all time, but then, neither is Trump. I think Trump had a huge advantage going into Tuesday night’s debate, but he may have just lost it.

This is where Trump went wrong in the debates: he never tried to reach out to the people in the middle — those that are independent voters, or are still undecided. Appealing to non-partisan voters would have earned him a lot more votes.

Instead, Trump talked about what his baseline supporters already know but there was no need for that. Reaching to people in the middle is crucial for any election because it gives the candidate that much more of an advantage.

Trump made no effort to reach undecided Americans, and that could cost him the election this year.

After watching the first presidential debate on Sept. 29, I felt ashamed to be an American.

It’s very obvious that several things went wrong. As the debate went on, I felt like I was forcing myself harder and harder to not change the channel. Although both sides have to work on the way they handled the debate, I’m going to focus on former Vice President Joe Biden.

Although President Trump could have handled certain things a lot better, like waiting for his turn to speak, former Vice President Biden had some trouble as well. For starters, he could have cut back on the insults. I understand that Trump was acting like a kindergartener who didn’t know how to raise his hand, but calling the president a “racist” and a “clown” is almost equally childish. It would have been a much more effective use of Biden’s precious time to think of  good and more concrete responses, instead of lowering himself to throw insults. When he spoke directly to the camera, he could’ve taken the opportunity to elaborate on his plan and further work on swaying voters in the middle.

This cycle went on for the majority of the “debate,” if I can even call it that: Trump saying strange and unruly things, and Biden getting worked up and rebutting with harsh commentary. I’ve noticed that president Trump tends to “speak his mind” on certain topics, but his nonexistent filter from the things he thinks to the things he says baffles me. From what I saw, there was no change in this debate: the constant interruptions, the spread of misinformation in regards to COVID-19, and the way the president forced his way into almost every discussion had me truly ashamed to think that this is the man who is running the country.

But something that I truly think needs to be pointed out are the voters who are on the fence about who they should vote for. During the debate, I did not see any side truly attempting to draw in those who may be unsure. This pool of undecided voters can really turn the tides of the election, but the two candidates focused more on the support they already had, and not the ones they could earn.