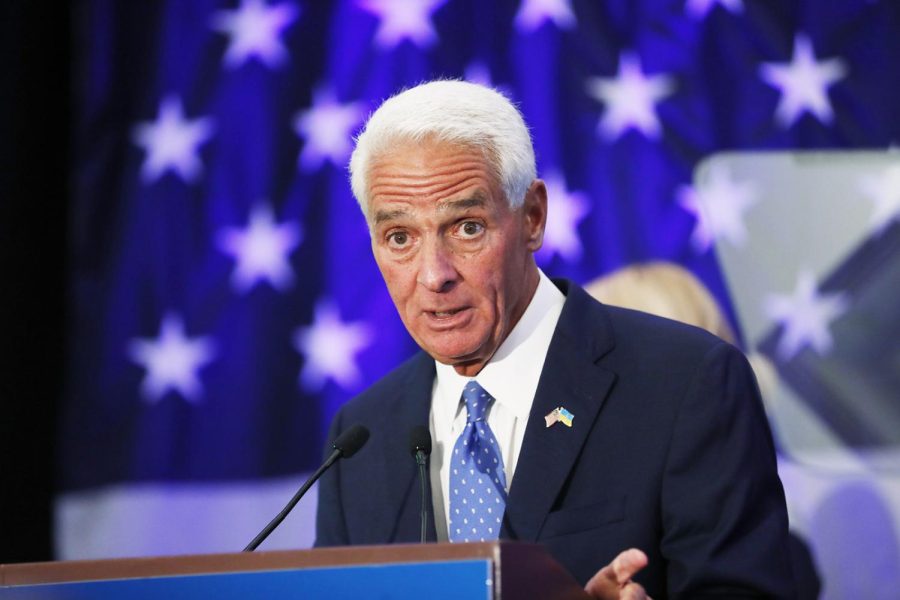 With Florida’s gubernatorial elections approaching, some voters are looking for options outside of Ron DeSantis, however, the best the Democrats have to offer is Charlie Crist. Crist has a long and sordid history amidst Florida politics, serving as the Republican governor from 2007 to 2011. Crist also served in the Florida Senate representing the GOP from 1993 to 1999 and most recently served in the U.S. House of Representatives as a Democrat. To me, he appears to change political affiliations when it becomes politically adventurous

Now Crist is running, for the third time, for governor of Florida, this time as a Democrat. The uniqueness of his running stems from the fact that he has run as a Republican and a Democrat for this exact position in the past, and has also run as an Independent for the U.S. Senate. This presents a worrying trend that Crist is not set in his principles but his convictions lie within winning elections. To me, he appears to change political affiliations when it becomes politically adventurous. He ran as a part of the GOP for the United States Senate until he lost the primary against Marco Rubio. This prompted him to reenter the election as an independent candidate in an attempt to still win. He lost this election despite his attempts at these political maneuverings. Then after this election he took a pause on politics from 2011 to 2014, and joined the Democratic Party in 2012. He then lost the race for governor as a Democrat in 2014.

Another interesting thing about Crist is his connection with former President Donald Trump. While Christ served as the governor, he was close friends with Trump who invested heavily in his campaign. While this all happened more than a decade ago, the recent events with Trump in Mar A-Lago raises concerns that Crist will not be unbiased against those events. For these reasons, I am not sure if he is the man who will be able to defend his constituents’ beliefs and values amidst the politicality of Tallashasse and Florida as a whole.

However, his policies since his election into the US  House of Representatives is consistent with what he is making his key issues in his 2022 gubernatorial election.  For example, his website highlights the importance of protecting reproductive rights as well as signing an executive order to protect those rights in Florida. During his time as a representative he voiced his support for contraception since the beginning of his term, and most recently sponsored a bill protecting these rights. However, as recently as 2010, while campaigning for the US Senate as Republican he was saying he was pro-life.

Crist is someone who is politically interesting but at the same time boring. Christ embodies the traits that the general public complain about in politicians, and got Trump and DeSantis elected in the first place. Both DeSantis and especially Trump campaigned against the usual career politicians who have no actual beliefs. Crist’s shift from a Republican to a Democrat casts many of his claims he makes as suspect, voters are not sure if he will abandon these promises the moment they become politically inconvenient. On the other hand, his past as someone who has seen the other sides of the political aisle must be just the solution to the current political atmosphere. Despite all these flaws, at this point Crist won the Democratic primary and is preparing for a close election with Ron DeSantis. Whatever happens this November, this election will be unique among this year’s midterm elections.