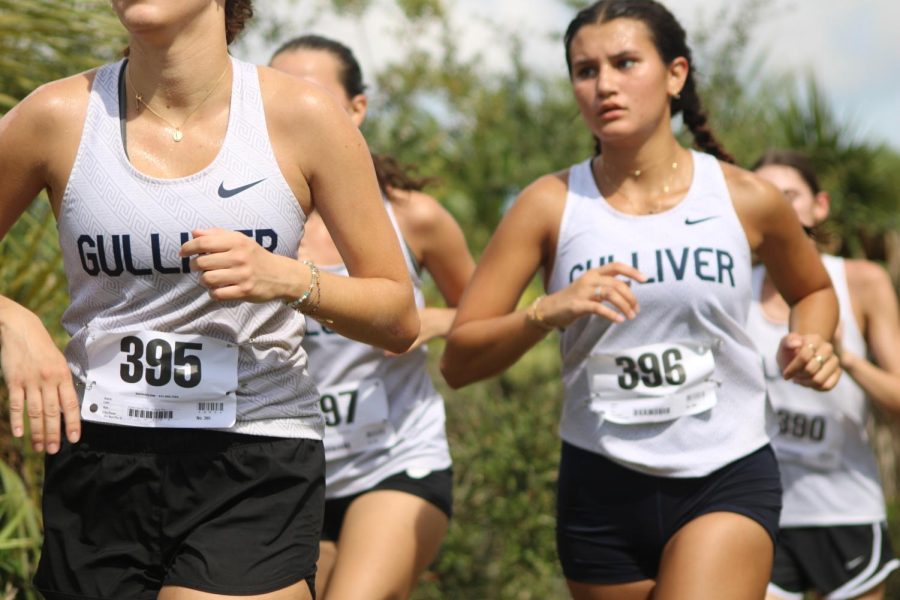 The girls finished fourth place along with the boys finishing in sixth for the King of the Hill Invitational at Tropical Park on Saturday Sept. 10. The Raiders will soon be competing in Tallahassee for the FSU pre-state invitational at the end of the season.

The boys and girls cross country team exceeded expectations as the girls finished fourth place and boys finished sixth in the King of the Hill Invitational at Tropical Park on Saturday Sept. 10.

Having worked so hard throughout the season, the Raiders really hoped they would be able to perform come race time. Compared to years prior, the off-season training was a little different.

“A lot of kids this year were out of town this summer so they did a lot of their training on their own from different locations” Head Coach David Suarez said.

This past season the team was full of seniors who are no longer on the team, now the team is mostly composed of young athletes.

“We knew going into the year that it was a rebuilding year for us so the emphasis is on developing the young talent throughout the season” Suarez said.

“Cross country has definitely gotten harder this year because I feel like the workouts have gotten more intense compared to previous years,” Sophomore Gaelle Timmer said.

Harder workouts means longer time spent with teammates and that is something the team has been doing a lot.

“My body is getting adjusted to the training but the friendships I have made have made everything worth it,” Sophomore Brooklyn Lodde said.

The team might still be young but they still have big goals this year for the season.

“The goals for this year are similar to every year. To progress throughout the year and get to the postseason ready to compete for championships,” Suarez said.

The Raiders have a lot of things to look forward to as they will be going against top runners in the nation in many different meets but specifically the one they will be competing at Tallahassee for the FSU pre-state invitational at the end of the season.

The Raiders hope to continue to exceed expectations throughout the season and hopefully compete for a state championship.