BeReal: A Step Towards a Healthier Social Media? 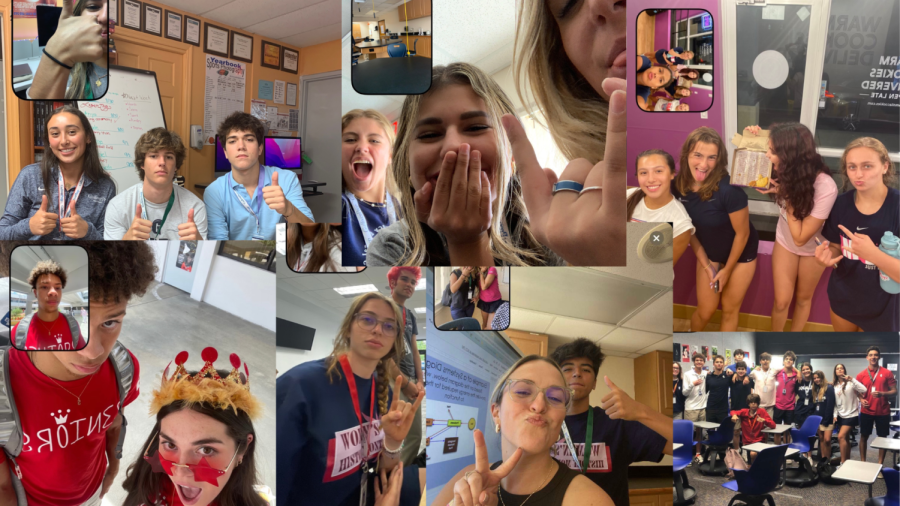 The recent boom of a new social media platform has skyrocketed teen engagement through a supposed healthier alternative in the digital world.

The spread of BeReal encourages teens and adults worldwide to embrace their authentic selves by “being real” when using social media platforms. How does BeReal go about this? The catch of the app is “total randomness,” going off at any given time throughout the day. Users click the notification when it’s time to “BeReal,” and are then given two minutes to capture a picture of themselves and what they are doing through the front and back cameras. Users who miss the notification still have a chance to “Be Real.” However, any picture taken and posted after the two minute window will appear as late. Friends on the app can react to your BeReals through Memoji’s, which expresses the community aspect of the app.

“I really think it is an amazing app,” junior Kaya Garcia said, “It gives you a sense of your real life and what you’re really about.”

The toxic stigma many people feel around other platforms like Instagram, where people use filters and editing, has gradually created subconscious insecurities around posting and sharing pictures. The McLean Harvard Medical School Affiliate theorizes and proves how these apps have a neurological and mental effect on the brain, and how people perceive themselves. BeReal has no filters, and the pictures people upload are temporary, as they only last as long as the next notification.

“I think it is a step towards healthier social media since you don’t have a chance to ‘lie’ to people like on other apps to make it seem like life is so much better than it actually is,” Garcia said.

Many BeReal users feature their BeReals on other platforms like Tiktok, Snapchat, and Instagram, spiking popularity and controversy over the authenticity of the app and just how real it actually is.

“I would say the concept itself is good, but people are not truly, you know, being real by posting late or waiting until they’re doing interesting things,” junior Kate Brewer said “It would be more authentic if people weren’t allowed to post after the two-minute mark.”

It seems the new social media platform is quickly becoming like every other app. Although the intentions behind the platform are noble, some BeReal users are abusing the app’s authenticity, and the app has gained debate on whether or not this new platform is actually healthy. Users caught doing conventionally un-interesting activities like studying or watching Netflix when the notification goes off will most likely wait until they’re doing something more entertaining and post their “BeReal” later on. The app has, ironically, led to creating more pressure for users to “appear” to be doing something fun.

Overall, while the BeReal app intended to take social media a step further into a healthier, more positive and inclusive digital lifestyle, it is not a perfect solution. However, most users seem to see the benefits of the app outweighing its negative aspects.