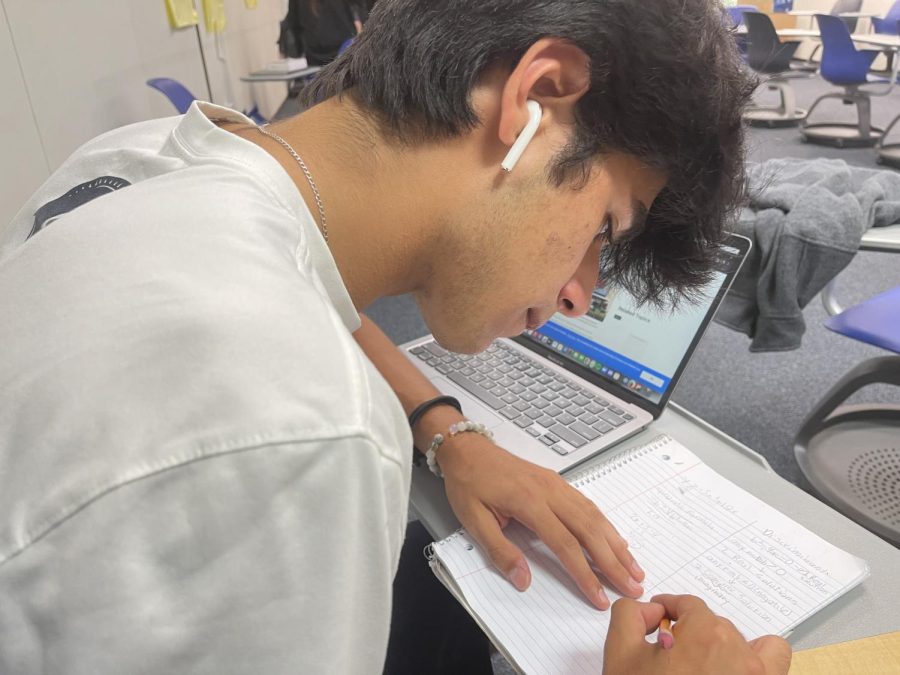 The scratching of paper, the last minute cram studying, these are common occurrences in school during exam season. However, the cram studying of years past seems to have been replaced with the typing of keys and the assigning of group projects. More subject areas are replacing typical end of the year cumulative exams with end of the year projects.

“Students can pick and choose to best show how much they know in projects, ” says  Erika Velez, Dean of Academics and Curriculum. Students seem to like projects over traditional exams.

“ I think projects are better as they help students unleash a creative side they may not have accessed before” says freshman Leticia Lemann.

“I would rather have a project as it is a lot more relaxed,” explains Sophomore Claire Russel .

However, despite all of the positive feedback there are still some drawbacks to using projects.

“Exams are used to test the cumulative knowledge of a student throughout the entire year,” says junior Eloise Sauvage. “Not having cumulative exams at the end of the year encourages students to not retain the information they have learned throughout the year.”

Projects are also often assigned in groups, which may create problems as some students may feel they’re doing the majority the work while others could contribute significantly less and still get the same grade.

“ I am really stressed due to the fact I am putting 200% into the project and carrying it. My partner is not doing anything and will still receive the credit,” says freshman Ana Levy-Armesto.

Finally, projects are being assigned en masse, which, according to students, leads to stress.

“I feel like the projects in some classes are being made super important and that is stressing me out,” says Sophomore Valeria Castillo.

Students are not the only ones who have opinions on the shift from exams to projects. In some subject areas, teachers prefer traditional exams.

“ I feel like exams are very important to demonstrate mastery in a subject area. Cumulative testing is extremely important as it shows you are able to put everything together and how it relates to each other. You do not learn in bits and pieces. You need to be able to have it all. It is also very important in college where exams are still taken,”  says Mrs. Kaplan on why her Pre-Calculus class is getting an exam.

On the other hand some teachers feel that giving a project is the best option for their class.

“A well written project can measure just as much as a test can and show mastery in what students have learned. I personally gave three options: a research paper, a commentary of modern economics, and a music video. I did this to give students more agency as not everyone likes group work,” says Daniel Quiros on his project choices for his Economics Honors classes.