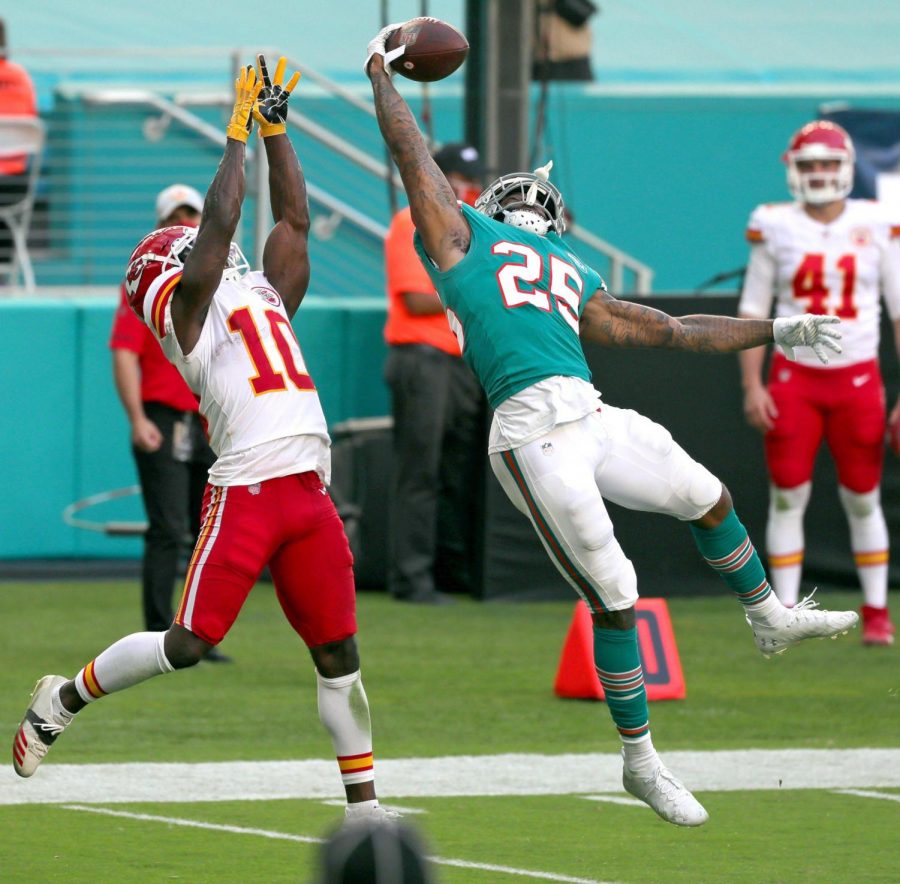 The Miami Dolphins are a team to which people aren’t paying close attention, but can do serious damage. According to Pro Football Focus, the website which works with all 32 NFL teams, the Dolphins are ranked in the top 15 best NFL teams heading into next season.

The Dolphins made outstanding offseason moves. Among the first was signing a speedster wide receiver, William Fuller V, the wide receiver 1 on the Texans last season, with 53 receptions, 879 yards, and eight touchdowns, according to Pro Football Focus. Fuller V should be a huge addition for this offense, knowing quarterback “Tua” Tagovailoa previously didn’t have many weapons to throw to.

But the Dolphins didn’t just stop there. During the draft with the sixth overall pick they had VIA Texans, the Fins selected Jaylen Waddle, wide receiver for Alabama. Waddle is known for his speed and route running which can create crazy separation, and that leads to getting the ball. This was a great pick for Miami, because not only did Waddle run a 40 yard dash in 4.37 seconds, but he and Tua Tagovailoa were teammates in college. The chemistry should be real and this team can go far with this dynamic duo.

The Miami Dolphins are grinding in training camp, and sources report that Tua is looking like a top 5 quarterback with his quick and accurate throws. So Fin fans, there is no need to worry about our quarterback spot.

This team is also well coached with Head Coach Brian Flores heading into his second year. Last year with half of the weapons the Fins have now, the Miami Dolphins went 10-6 under Flores. This surprised many reporters and fans, but that was when they realized that the dolphins are a playoff contender and a new scary team. Unfortunately, the Dolphins did not make the playoffs last year, but on the upside, they were the only team in the entire NFL to have a winning record and still not make the playoffs. The Miami Dolphins are ready for war on the Gridiron, and are ready for this upcoming season.