A President that Serves for You: Why I Support Donald Trump 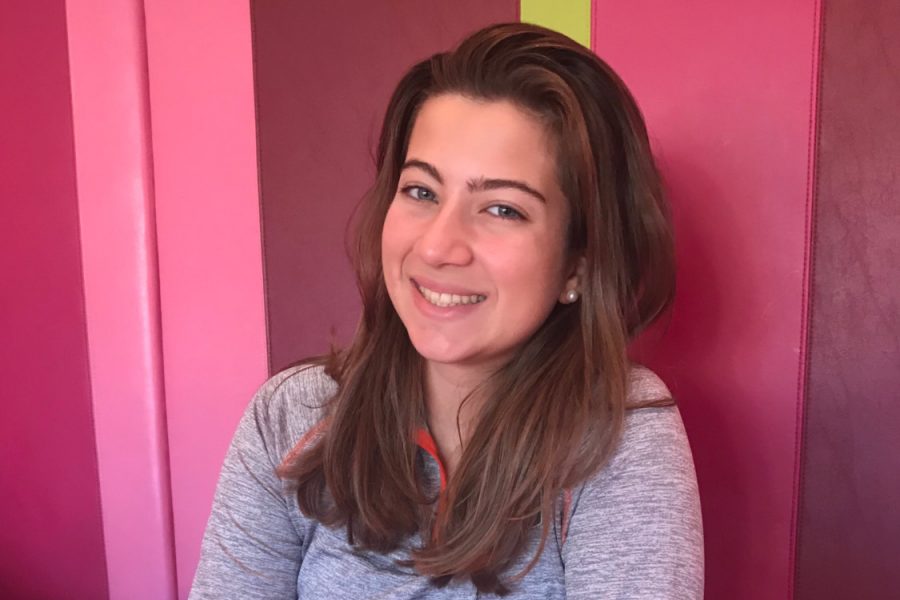 Junior Natalia Lopez makes the case for Donald Trump in the 2020 election.

I support Donald Trump because he has the courage to say what other people don’t want to hear. Considering the direction that this nation would have headed towards in 2016, we needed a president that was not afraid to deliver the truth, and to me, Trump is that person.

As a conservative, I support the notion that if you work hard enough, it will translate into some level of success. Although this should not just be a conservative value, Trump is the only candidate that fully supports this ideal. Trump appeals to the American people as a regular person: one who states it as it is and makes promises that will be followed through. There are a multitude of reasons why I support him, but to keep it brief, here are the top three.

First, throughout his term, Trump has proven that he is committed to the economic health of our nation and to helping minorities. Trump immediately cut taxes for middle class and lower class Americans and regulations for businesses. The lowest 25% of the working class saw their wages rise by 4.5% in November of 2019, which outpaces the 2.9% growth for the top 25% wage earners. Trump actually made it easier for Americans to start businesses, one of the reasons why America produced over 7.1 million jobs in 2018, and— after one of the worst economic downturns America has ever seen— 2.5 million jobs were added solely in the month of May. Contrary to popular belief, Trump has focused a heavy amount of his economic agenda on helping minorities. According to the Bureau of Labor Statistics, Latino unemployment rate dropped to 4.1%, meanwhile the black unemployment rate dropped to its all-time low of 5.4%. Because of the Tax Cuts and Jobs Act, a family of four earning the median annual income of $73,000 received a cut in federal income taxes of more than $2,000. The American economy is soaring, something we haven’t seen in nearly half a century.

Biden’s economy, meanwhile, proposes distorting labor incentives, decreasing productivity, and killing jobs, according to an economic study led by Stanford University’s Hoover Institute. The study analyzes Biden’s proposals to increase taxes, reinstate and expand a host of regulations, and create new subsidies for healthcare and renewable energy. It states that Biden’s “policy agenda would, by 2030, lead to 4.9 million fewer jobs and the economy shrinking by $2.6 trillion… The study projects that consumption would be $1.5 trillion lower in 2030 and families would see a $6,500 drop in median household income compared to a neutral scenario.” Why wouldn’t I support a president that wants to see our economy prosper, rather than one who with plans that may reduce the incentive to work and invest?

Secondly, similar to the economy, Trump has put America and its people first. He is upfront with his policies, and has made sure we are not wasting our time with other nations, specifically our enemy nations, before we have solved our domestic problems first. This was evident with his diplomacy in China, which set a precedent for his policy on tariffs with other nations. Prior to his policy on tariffs, the U.S. was fostering an environment that would require too much regulation on our businesses, therefore causing a massive exodus of our manufacturing sector to other nations, such as China. Trump held China accountable for the trade deficits they created, and although no one believed the tariffs would work, they did, according to CNBC economist Jim Cramer. Trump has restored a level of reciprocity between the U.S. and China and has turned a unilateral trade relationship into a fair trade agreement, ensuring the U.S. economy the opportunity to redevelop, once again, a strong manufacturing sector.

Thirdly, I support President Trump because of his actions in the Middle East. As promised, Trump cracked down on terrorism significantly throughout his term. He launched drone strikes in Iraq and Syria, and was able to successfully obtain 98% of land from ISIS, crushing them. Following his aggression in the Middle East, Trump led the offensives which killed Qasam Solemnani, an Iranian military general responsible for the attacks in Syria and Iraq, and ISIS leader Abu Bakr Al-Baghdadi, significantly quelling terrorism in the Middle East. In terms of trade, Trump successfully withdrew America from the Iran Nuclear Deal, one that was invigorating Iran’s military ambitions and was allowing them to fund state terrorism.

Most importantly, and most ignored by the media, Trump reached a historic peace deal with Israel and three other nations with the intent of creating “stability, security, and prosperity” and a comprehensive alliance against Iran. This deal, considering decades of violence, has provided an outlet of communication between these countries and the Western world, has opened up greater possibilities with the Arab nations for trade and investments in technology, energy, and security, and has remained true to its intent: creating peace in the Middle East. The deal represents what it is like to take a non “anti-Israel” approach, a bias which served as the basis for past administrations’ attempts to create a deal with Israel.

Bottom line, Joe Biden is a career politician. He represents the bureaucracy, in which our priorities are not his priorities. Biden is constantly “evolving” with his domestic views as soon as those views become disagreeable. For example, Biden has flipped on the death penalty, criminalization of marijuana, drug enforcement, school busing, and abortion. Biden even told Ronald Raegan he was not doing enough on drug enforcement, but by 2020, Biden can be seen apologizing for his past views, especially on his support for the 1994 Crime Bill. Similarly to his flip-flop with domestic policies, Biden has done the same with his foreign policy, in addition to holding one of the worst foreign policy records of any politician. Biden voted against the 1991 Gulf War but in favor of the 2003 Iraq War, and has openly admitted he regrets both of those decisions. Furthermore, he said that the 2010 withdrawal of American troops in Iraq would be a “great Obama achievement,” which ultimately ended with the rise of ISIS and many more problems for the U.S. in the Middle East. Biden was then the only person in the cabinet to oppose Obama’s Afghanistan surge and later the raid to kill Osama Bin-Laden. How can you trust a politician who shifts on all of his views just because the establishment of his party is shifting? We entrust our lives to our representatives, and one who has played the longest game of hot potato with his stances cannot be trusted with my welfare.

In the last four years, America has become a nation where we can be proud of the progress we have made. Americans have been put first and that is ultimately what is important. Despite media censorship and the rise of intolerance in this nation, we, the American people, have prevailed. This election boils down to two candidates: one who tells me what to think, and one who makes me think. My support will always go to the one who makes me think.