Q & A With Stefanie Scott of Insidious: Chapter 3 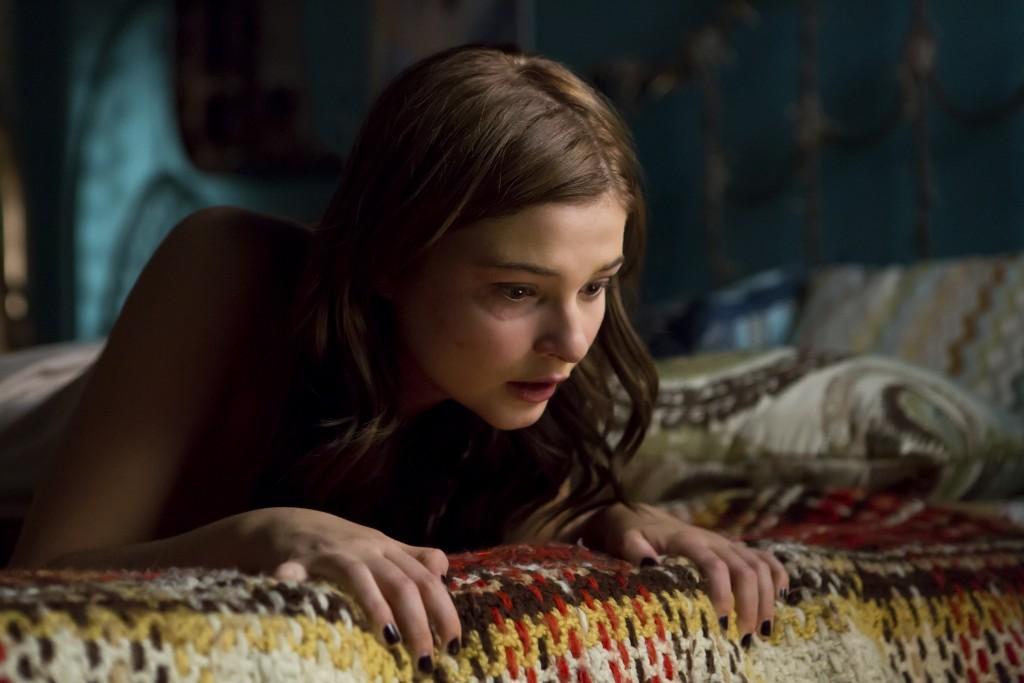 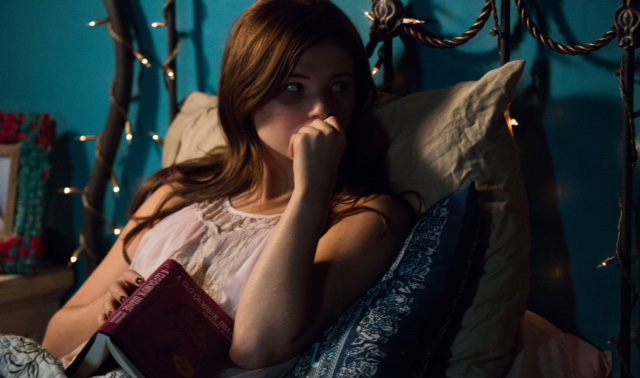 An inside look at the Raider Voice’s Q&A conference call with actress Stefanie Scott about her upcoming lead role as Quinn Brenner in Insidious: Chapter 3, opening in theaters on Fri, June 5.

Q: Some people still don’t know that a third Insidious is coming out. Can you give us a quick rundown of what’s going on in this film?

A: Yes, it starts off with Quinn Brenner whose mom just died. She’s feels lost in the world, so she calls out trying to make contact with her mother. Then, she gets in an accident, which brings back a terrible violent entity with her.

Q: It’s kind of common with horror movies that the third installment, if movies do make it to a trilogy, kind of falls flat of the original film. What do you think the director, and maybe the casting crew, has done to prevent that from happening?

Q: How does this chapter of Insidious compare to the other movies?

A: I personally think it’s the scariest set of all three. It’s definitely the darkest. I love how it really does set up the other two movies, but it makes complete sense if you haven’t seen the first and the second. It still has the same feel except I find it a little bit grittier. It’s really chilling.

Q: How do you think you would react to your character’s situation if it were you in real life?

A: I have no idea how I’d react to this situation. Quinn is so brave to fight through it and to keep going. I can only hope that I’d be as brave as she is and to try to figure it out. What’s so scary about it is that it latches itself onto you and you literally can’t move to get away from it. So, I think I’d be terrified.

Q: Since the Insidious movies are terrifying, did the process of filming it ever scare you?

A: Overall, it was probably one of the best summers of my life. I had so much fun shooting the movie. It was never too scary to where I went home and didn’t want to go back the next day. It was like a very creepy feeling on set because it’s kept very cold and dark and foggy.

Q: How did you film certain scenes, like where you’re possessed or in certain positions that might be uncomfortable?

A: It was pretty intense. For the possession, it was overall kind of a quiet day. Staying like that for a long time is really hard because if you start laughing you want to keep laughing the whole time, so you kind of just have to be serious with it. It was a really dark day for the possession scene. For any other kind of emotional scene, Leigh loved to give me like certain pieces of music that pull out a lot of emotion, which I found really helpful. Overall, it was a really happy set, so I was laughing all the time. But yes, whenever it came to having to do really serious scene, I would have to be really careful because I didn’t want to break. I wanted to make sure that, you know, I was in the moment and playing Quinn as authentic as possible.

Q: How do you feel about being part of the trilogy?

A: Oh, it’s such an honor. I’m the biggest fan of the first two movies. So, when I got the call that I even got to audition for the third, I was really excited. Now that I actually get to be in it, it’s been quite the rollercoaster. I’m so happy that I got to be a part of telling the origin story of the franchise.

Q: How were you able to transition from family and children’s series, like A.N.T. Farm on Disney Channel, to the horror genre?

A: It was so fun. I’m really into any kind of horror thriller film. It’s definitely my kind of movie because I love dark creepy things. So, I was just really excited to be a part of it. I was a big fan of the first two films. To prepare for it, the director, Leigh Whannell, had me go see a psychic for the film, which is what my character does in the movie. It was a really intense experience. He predicted my future and people that I’d meet and so far everything that he said would happen has come true, which is kind of crazy.

Q: I read in the notes that you performed your own stunts. At any time did you feel like you were in danger?

A: Yes, I did do all my own stunts. It was crazy being in all of the harnesses and being yanked across the room from a crane, but it was really fun. I guess there were some really dangerous stunts but I never really felt like I was in much danger because there were people around always making sure everything was going to go OK. I mean, of course, like the couple seconds before you’re actually like whipped across the room, it’s kind of scary because you don’t really know what to expect once you’re lifted in the air. I’m still alive so I guess it was OK.

Q: What it was like for you to work with actors like Lin Shaye and Dermot Mulroney, more veteran actors who have been acting for decades?

A: It was amazing. I love Lin. I really felt like she was a mentor in the beginning of the movie because I had never done a horror film before. She was such a huge part of the last two films. So, it was amazing to team up with her and even just hang out and hear her stories. It was really magical. And Dermot was wonderful. He’s done a billion movies, so I feel like I really learned a lot just being around him.

Q: It takes a long time to work on these kinds of projects. Do you find it kind of surreal with all of the commercials on TV and the buildup because it is a huge franchise?

A: Yes, I didn’t even think about it because I filmed it almost a year ago and I was just really excited to be a part of the film. I didn’t really think about press and stuff. Then now it’s all like overnight. I was like in L.A. and saw my face on a bus, which was so weird because I didn’t think about any of that when I had originally auditioned for or even got the part. I was just so excited to be in the film.

A: I really don’t think it has anything to do with breaking away. I think it just has to do with growing up. That was basically my time in high school. I’ve graduated and kind of just moved on to doing work that I’m really passionate about. I love telling real stories that people can relate to. I think it has to do with just reading a script and deciding if I want to or would be the right person to tell the story.

Q: As a very young actress, do you have tips for high school students who are looking into acting?

A: Yes, the world is literally yours. No matter where you come from, I feel it’s all possible. I came from a small town in Florida, which is quite far from L.A. I started through theater and just made sure my dreams were big enough so that when I accomplished them, they were everything that I wanted them to be. I truly believe that it’s possible for anybody. You just can’t set limits for yourself or let anybody tell you otherwise.